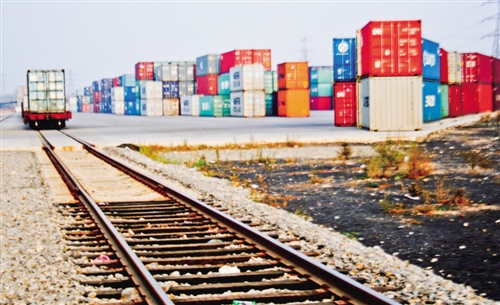 The third batch of free trade trial zones is gradually approaching.
The 2016 government work report proposes that this year will â€œexpand the Pilot Zone of the Pilot Free Trade Zoneâ€, considering that it will enter the fourth quarter in another month, and the FTA declaration has already entered the sprint stage.
The "Free Trade Zone Blue Book: China Free Trade Zone Development Report (2016)" (hereinafter referred to as the "Free Trade Zone Blue Book") released on August 30 is expected to be geographically concentrated on the eastern coast. In the future, the region will choose to expand the important hub cities in the central and western regions and gradually expand the national free trade park.
Experts from institutions such as the Chinese Academy of Social Sciences, the People's Bank of China, the Ministry of Commerce, and the Postdoctoral Research Station of Tehua participated in the writing of the above-mentioned "Blue Book of Free Trade Zone".

Midwest accelerates free trade zone application
According to the understanding, more and more central and western provinces are accelerating the declaration of free trade zones.
On August 29, the local media in Jiangxi reported that the province had applied to the State Council for the establishment of a â€œfree trade pilot zoneâ€, which is the 19th province and city in the country to declare the free trade zone to the country.
Earlier on August 16, Shaanxi Provincial Governor Hu Heping hosted the thirteenth executive meeting of the provincial government and reviewed and approved the "China (Shaanxi) Free Trade Pilot Area Overall Plan." The meeting proposed that Shaanxi Province will actively promote the construction of free trade pilot zones in accordance with the principles of â€œside research, declaration, reform, and constructionâ€. The "Program" will be reported to the relevant national ministries and commissions according to procedures.
On August 11th, 5 days ago, the video conference on the opening of the province in Henan Province proposed to improve the open platform, focus on the leading role of the high-end national platform such as the Zhengzhou Airport Economic Comprehensive Experimental Zone, and actively build the Henan Free Trade Zone. .
The 21st Century Business Herald was informed that the concept of the free trade zone proposed by many provinces in the central and western regions has changed. For example, Shaanxi Province has proposed the province's concept of free trade zone, which is different from the original Xi'an Free Trade Zone.
The Changji (Nanchang Jiujiang) Free Trade Zone and the Wuhan Free Trade Zone, which were proposed earlier, have recently undergone major changes. For example, Changjiu Free Trade Zone has become a free trade zone in Jiangxi, and Wuhan Free Trade Zone has been declared as a free trade zone in Hubei with Yichang and Xiangyang Free Trade Zone.
Mao Yanhua, deputy dean of the Institute of Free Trade Zone of Sun Yat-sen University, believes that more provinces, municipalities and autonomous regions in the central and western regions have accelerated the declaration of free trade zones, demonstrating the determination of the local to accelerate reform and opening up.
At the same time as the local authorities actively declare the free trade zone, the pace of copying and promoting the existing free trade zone experience is also accelerating. Prior to the introduction of the Ministry of Commerce, the Office of the Inter-Ministerial Joint Conference of the State Council Free Trade Pilot Zone has concluded a new batch of reform pilot experience with relevant departments and four provinces and cities. It will be implemented after third-party evaluation and implementation of necessary procedures. .
In addition, Vice Minister of Commerce Wang Shouwen recently revealed that on the basis of the pilot of the Pilot Free Trade Zone, the Ministry of Commerce is studying the feasibility of extending the negative list to the national implementation.

Service "Belt and Road" strategy
According to the Blue Book of Free Trade Zone, the next step is from the perspective of regional layout. According to the overall national strategy, the Pilot Free Trade Zone will continue to expand, with a focus on hub cities that can connect with the â€œBelt and Roadâ€.
First of all, the â€œBelt and Roadâ€ is an important strategy for the new government to promote China's economic development and create a new global diplomacy. The construction of the Pilot Free Trade Zone should serve this national strategy to a certain extent.
Secondly, some cities in the central and western Xinjiang, Guangxi and other places are important transit stations for the â€œBelt and Roadâ€ and the border trade economy is developing actively. As an important southwestern economic center, Chongqing plays an important role in the prosperity of international trade in the Midwest.
The "Free Trade Zone Blue Book" believes that the establishment of a free trade zone in these relatively developed central and western cities is not only conducive to the rise of the western economy, narrowing the regional development gap, but also plays an important role in China's political and economic stability.
Xia Jiechang, deputy dean of the Chinese Academy of Social Sciences, said that the next step is to develop the economy more smoothly and to achieve overtaking, mainly in the service sector. Therefore, the free trade zone needs science, information, culture, education, finance, and professionalism. Services, tourism, health education and other fields are accelerating.
Chen Bo, a professor at the Institute of Free Trade Zones of Shanghai University of Finance and Economics, believes that the current free trade zone in the east is mainly to develop the service industry. There is still room for development in the central and western industries, so the opening should include both industrial and service sectors.
Chen Bo also suggested that the degree of openness of the free trade zone that has been approved along the coast is relatively high. The construction of the inland free trade zone in the central and western regions must have its own characteristics and professionalism.

PP Plastic is a kind of semi crystalline material. It is more hard than PE and has a higher melting point. Due to the high crystallinity, the surface of the material stiffness and resistance to scratch characteristics very well. PP Plastic don't have the problem of environmental stress cracking.Polypropylene (PP Plastic) is a semi-crystalline thermoplastic.PP Plastichas high impact resistance, strong mechanical properties, resistance to many organic solvents and acid and alkali corrosion.

PP Plastic is widely used in industry and is one of the most common polymer materials.

Australian COINS are also made of polypropylene.

K-620 is adhesive small area polypropylene PP glue, must be used with the k-650 treatment agent, the instant positioning, the strength is high.

The main disadvantage of the fault polypropylene is that the high temperature rigidity is not enough, and the low temperature is brittle.

Tensile strength of anisotropy, the products are easy to deform, continuous use of low temperature, high creep performance, and long - term load.

3,Corrosion-resistant trough and barrel, industrial applications that have acid and alkali-resistant requirement; wastewater and gas discharge equipment for industrial purpose,

Combustion characteristics: PP Plastic easy to burn, polypropylene from continue to burn after the fire, with the top of the flame is yellow, the bottom made in blue, with a small amount of smoke generated, burning melt dripping, and oil.

Color: white and black, other colors can be customized